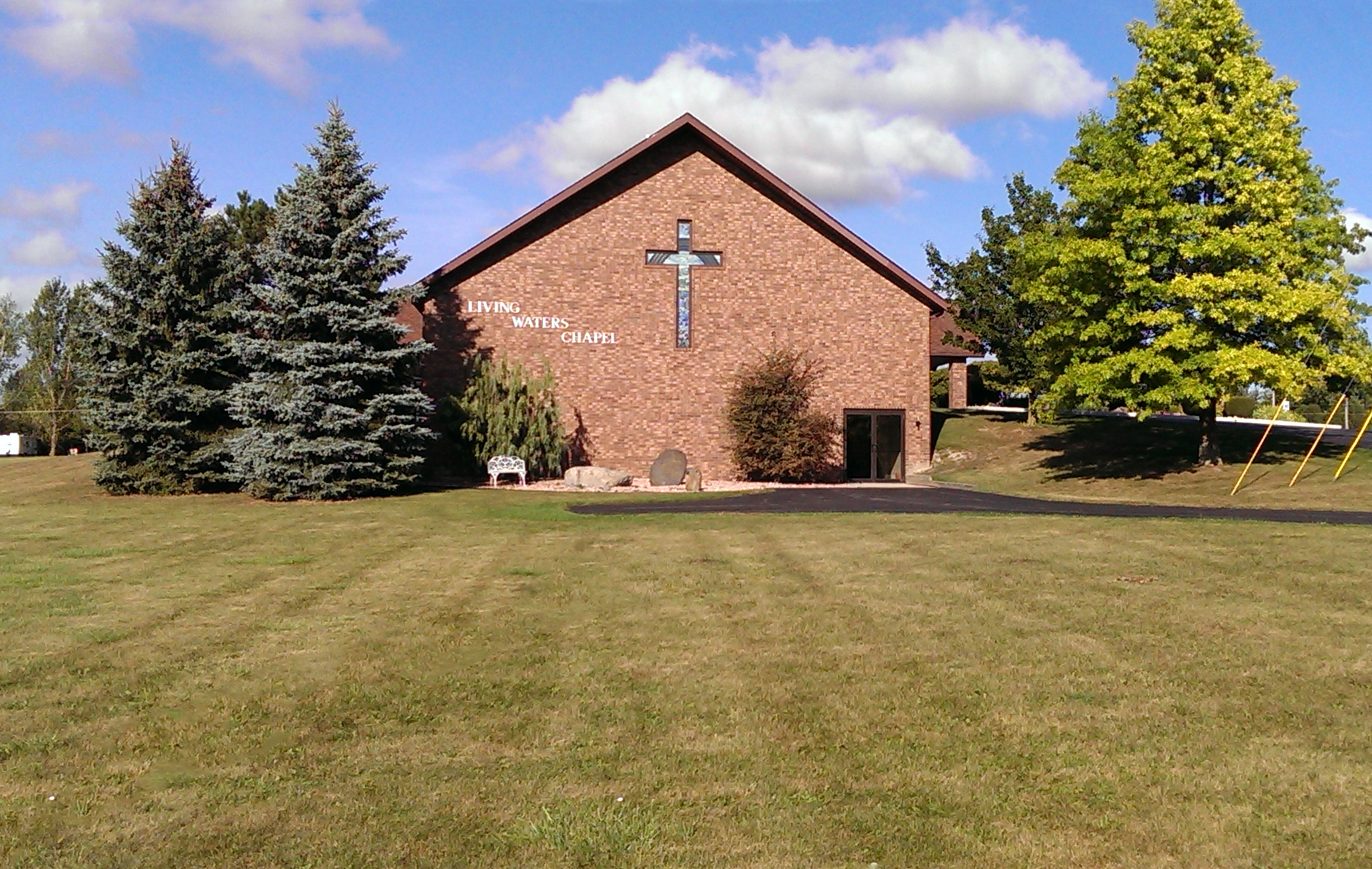 Living Waters Chapel began as a small group prayer meeting in the home of Betty Sagash, of Caro. The Bible study group grew and moved from her home into a building she and her sister Beverly owned.

By January, 1978, that small group began to function as a church receiving leadership assistance from Rev. James Willett, of Bad Axe. He assisted them in organizing into a church and then helped them find a pastor.

The church called their first pastor to Caro that same year, by the name of James Solomon. Since that time, Living Waters has grown having occupied three previous buildings before constructing the present Hooper Street structure in 1989.

The church has grown from a small group of people to a congregation that consists of families from throughout the county.

Here is a brief history of how this church has grown..from a home bible group to a congregation meeting as a church called, Living Waters Chapel.

1978 September - Living Waters received their first pastor and were located in Betty Sagash's building (a converted dog kennel) on Orr Road where we began.

1982 March - We moved into the old First Baptist church building across from the post office formerly known as Howard's Beauty Academy.

1989 March - Broke ground for a new building with the upper level completed in December of that year.

1999 June - Final payment was made to pay off the mortgage in full! - Ten years early.

September 2015- Pastor James and Priscilla Solomon officially retire as the Senior Pastors of Living Waters Chapel after 37 years of Pastoral Ministry here at LWC and in the City of Caro. Their legacy will not be forgotten and will always be remembered for the love and passion they had for Jesus, this church and the community.

Present - Living Waters Chapel continues to grow, expand its financial giving in missions both at home and abroad, and outreach to the surrounding community.